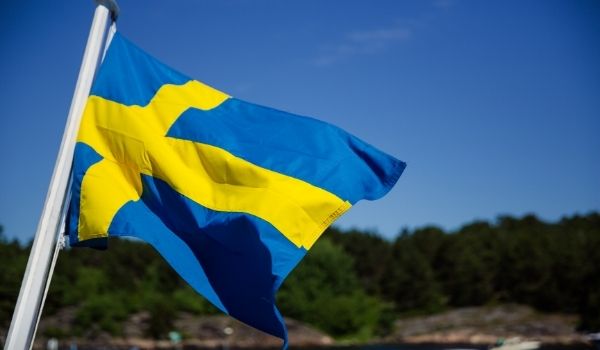 Many people around the world are curious about Swedish last names, but there is still a lot of misinformation floating around on the topic. This article will deal with Swedish surnames in general and clear up some misconceptions.

The Swedish language has a relatively simple phonetic sound system, which means that it records pronunciation accurately. The Swedish alphabet has 29 letters, 1 special character and 7 vowels. This means that Swedish last names are relatively easy to pronounce for Swedish speakers, but can be difficult for people who aren’t familiar with the language.

The Swedish language also assigns gender to words, so Swedish surnames must denote whether they are inherited from the male or female side of the family. This is not true in most other languages, which is why Swedish names can be difficult to translate into non-Swedish tongues (and vice versa).

Andersson, which means ‘son of Anders or Andrews’ is one of the most famous names around Sweden. It is also well known in the country and around the world because of Kennet Andersson, a famous soccer player.

Following the same logic, we can find a lot of Swedish family names:

Bengtsson, meaning ‘ son of Bengt’. Bengt is the Swedish form of Benedict, which means ‘Blessed one’ in Latin.

Claesson, meaning ‘ son of Claes’. Claes is the pet form of name Nikkola.

Gustafsson, meaning ‘ son of Gustav.’ Gustav is an Old Norse word, meaning ‘Staff of Geats’. ‘Geats’ is the name of an ancient tribe.

As mentioned in the beginning, swedes assign gender to words, so on the other hand we can find names like:

Nyborg, composed of ‘ny’ meaning ‘new’ and ‘borg’ meaning ‘castle’. It is a toponymic name for someone living near a new castle or fort.

Olander,  a toponymic name for someone living in the islands of Oland or eastern Sweden.

Aaberg, meaning ‘ river of the mountain’. The name is of Swedish origin, composed of ‘aa’ meaning ‘river’ and ‘berg’ meaning ‘mountain’.

Risberg,  meaning ‘brushwood mountains’. It is a toponymic name for a person who is from a farmstead.

Westberg, meaning ‘ western hills’. It is a toponymic name referring to someone from the western mountains.

But there are so many more interesting Swedish surnames that you should know about like:

Sundberg, the meaning of the Swedish name is composed of ‘Sund’ meaning ‘Strait’ and ‘berg’ meaning ‘ mountain.’

Hungerdahl, the name originating from Sweden’s capital Stockholm. It is composed of the Swedish words ‘h’ung’ meaning hungry and ‘dahhl’ meaning valley.

Ekholm, composed of swedish words for ‘ek’ meaning a swedish tree and ‘holm’ meaning an island.

Blomqvist, meaning ‘ flower branch’. The name is associated with the fictional character Mikael Blomqvist from Stieg Larsson’s ‘The Millenium’ series.

Forsberg, meaning ‘mountain with a waterfall’

Lindberg, meaning ‘ Mountain of linden’. It originally comes from the mountains of Germany, Austria, and Switzerland.

Lindelöf, meaning ‘leaf of the lime tree ‘. Some of you may know this name from Manchester United’s centre back soccer player: Victor Lindelöf.

Wollter, meaning ‘leader of the army’. The name has been derived from the ancient Germanic word ‘Waltheri’.

Winblad, meaning ‘wine leaf’. The name is associated with Ulla Winblad, a semi-fictional character in many of the famous musician Carl Michael Bellman’s works.

Ehrling, meaning ‘ heir of Clanchief’. It is a Scandinavian origin name, which means similar to a Prince.

Oustrup, coming from a Swedish word for cottage.

We hope you found this information useful. Are there any other Swedish names you want us to add to the list?swe