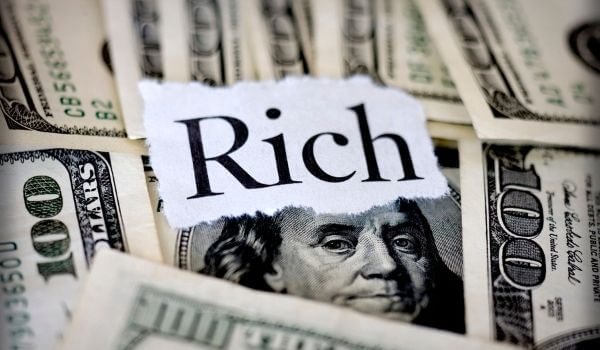 Rich last names are more than just a name. They are the legacy of wealth and power handed down through generations.

But a rich-sounding last name is not enough to keep you rich. However, this article will explore some of the richest family names and the faith of some surnames that were once way richer than today.

When you think of rich last names, the Vanderbilts, Rockefellers and Rothschilds immediately come to mind. Each of these three families is worth more than $10 billion. The last names give social status and attract new business partners. But the rich surnames that will turn heads in modern-day society are those of people who carry the last names of Gates, Bezos, Musk and Arnault.

Here is a list of rich sounding names along with some explanation as to why they are included in this category:

Albrecht because of the family that controls Aldi. A popular retail chain with stores all over Europe.

Armani comes from the famous fashion designer Giorgio Armani, which is also the name of his brand.

Bamford comes from UK’s influential family with this last name, especially Anthony Bamford. They are popular because of the luxury items they own, including vintage and rare sports cars.

Ferrari. This guarantees a certain status all over the world because of how well known this Italian sports cars brand is.

Goldman has even the name “gold” in it. From the famous Goldman Sachs bank, this name would surely get you noticed.

Hermes means “the messenger” in greek. Thierry Hermes created a legacy from 1837 when he started a leather company.

Lagerfeld comes from the fashion labels that are named after the label holder, Karl Lagerfeld.

Medici with was a rich and very influent Florentine family.

Tiffanys like Tiffany & Co., a luxury jewelry company founded in 1837 by Charles Lewis Tiffany and John B. Young in New York City.

Vanderbilt the Vanderbilt family is a very rich and influential American family that played a dominating role during the Gilded Age, but also earlier on as well.

Klein even though it means “small” in german, it can also show style and wealth, as this name is associated with Calvin Klein, the American designer.

Lauren is a surname associated with high-end design and aesthetics from the famous designer Ralph Lauren.

Lehman is still very famous on Wall Street and in the world because of the bank Leman Brothers which was one of the oldest and most successful investment banks in the world.

Mars. Not the planet, but more like the chocolate bar. This name shows class and wealth now that the bar with this name made the Mars family one of the richest in the world.

McKinsey. From somebody with this last name, you would expect high results and professionalism because you would associate it with James McKinsey and his consultancy group.

Merk is synonymous with influence and power, especially in Darmstadt, Germany, where this family resides. They conduct businesses in the industrial and banking businesses.

Morgan. Whoever comes after somebody nicknamed: “the greatest banker” in US history knows that they have big shoes to fill, but also benefits from this strong last name. JP Morgan himself found himself in a similar position and he shuttered all expectations and surpassed Junius Morgan, his father, in terms of achievements.

Ortega. This name is very famous all over the place, but nowhere near how famous the brands of the Inditex group: Zara, Pull & Bear, Massimo Dutti, Bershka, Stradivarius, Oysho, Zara Home. The owner of the group: Amancio Ortega.

Pinault. Gucci, YSL, and Bottega Veneta are just some of the brands controlled by the Pinault family.

Pulitzer prize signifies outstanding work in journalism, literature etc. So it is easy to understand why having this last name would also carry a lot of weight.

Rich as a surname, not as an adjective. This name was well recognized as far behind as the 1500s, with the presence of Richard Rich being the Lord Chancellor of Essex.

Rockefeller changed the entire business world with Standard Oil. Today, the companies that were formed from the initial one are the source of enormous wealth so the name carries riches with it.

Rothchild. It does not get any more wealthy and mysterious than this name. This family was well recognized to be very rich and will continue to be the same for a long time to come also.

Swarovski is a name that evokes beauty and richness since 1895, from the founding of the company.

Welch almost sounds like wealth. Jack Welch, the ex-CEO of General Electrics popularized this name and really put it on the map.

Windsor. This last name goes even further than all the other surnames on the list. It does not only show wealth, but also nobility and immense influence. The Windsor family has had four monarchs on the throne.

What do you think is the influence of you last name on the social encounters that you have? For most people it is just a name that may need to be told 2-3 time if it is a bit complicated or spelled if it is really unusual. But if you would have a name from this list how would things go? I bet that you would be remembered easily and your every more would be watched in a social environment.