57+ Boy names that start with J 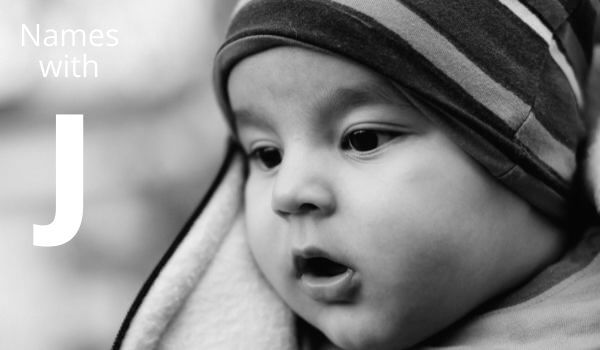 There are tens of thousand baby boy names in the United States. Every year, hundreds of new names are added to the list. And every few years, a particular name will become so popular that it will shatter records and top the charts for most babies given a certain name in a specific year.

In recent years, American parents have been obsessed with baby boy names that start with J.

That’s why the list below contains boy names that currently have an early-‘J’ sound, each with its own meaning.

First, we’ll start with a list of some of the most popular names, further down you can find some rare and unique ones.

John – John is a classic baby name, and tradition makes it one of the most well-known names that start with the letter J. That doesn’t mean you can’t use it as a less common variant. For example, Jon, Johnny, and even Jackie could be used as nicknames for this popular choice.

Joel – Joel is another name that’s very common, but it could be used as a unique baby boy name. The meaning of the name is “the Lord is God”–Joel is one of twelve tribes in Israel, so this would also make an interesting choice.

Joe – When you think about Joseph, there are many different nicknames that come to mind, but how many of them start with J? In the short version, Joe keeps the same meaning as Joseph.

Jordan – Jordan is another name that’s used frequently, but it could be nice to introduce something less common like Jarrett or Jordon. The meaning of this name is “descending”–there are several different towns that share this name.

Josh – It doesn’t matter which spelling you choose, Josh is a very common name for a baby boy. Think about using the alternative spelling of Josiah to make this even less common. The meaning of this name is “the Lord is my salvation.”

Justin – Justin could be used as a boy’s given name, but it’s also a historically popular surname. The meaning of this name is “honest or just.”

Jarrett – Jarrett is another name that would make an interesting alternative to the classic Jay. The meaning of the name is “spear ruler.”

Jacob – Baby boy names that start with J don’t have to be unique, but there are many different spellings of the classic Jacob that could make this even more interesting – Jakob, Jacoby, Coby. The meaning of this name is “he who supplants.”

James – As a baby boy name, James is very common and has several nicknames like Jamie and Jimmy. However, it can also be an interesting choice to spell it differently like Jaymes or Jameson. The meaning of the name is “he who supplants.”

Jackson – Jackson is an English surname that’s also very common as a baby boy name. However, if you want to make this choice more unique, consider using one of these alternate spellings: Jaxon or Jakson. The meaning of the name is “son of Jack.”

Jared – Jared was a character in the popular TV series Gilmore Girls, and it’s also a very common surname. It can be unique as a boy’s baby name since it has several different meanings: “descent,” “desert,” and “descendant .”

Jude – Jude is another name that’s not very common, but it can also be spelled differently like Judd. The meaning of the name is “praised.”

Julian – Julian could be a boy or girl baby name since it can be shortened to Julie and it means “downy haired youth.”

Jake – One name you could use is Jake and although it’s uncommon, it means “He Who Prospers.” The meaning of the name is “descendant of Jacob.”

Jaime – Another less common spelling that would make a great baby boy name is Jaime. This variation of Jaime can also be shortened to Jamie. The meaning of the name is “he who supplants.”

Jarid – Jarid is a different spelling for Jared and like Jared. The meaning of this name is “high mountain valley .”

Jason – Jason can also be spelled as Jaysen or Jaysin and it can mean anyone these: “healer,” “he who worships,” or “joint.”

Jerry – Jerry is a very popular name for baby boys. Jerry means “to rise, to flourish”, and is of English origin.

Jayden – Jayden is also common as a boy’s name. It has been used for over 10 years now, and may be recognized as the shortened version of Jaden, which means “bountiful”.

Joseph – Joseph is one of the most popular names for baby boys. It is also considered to be a strong boy’s name, meaning “God shall add”.

Jesse – Jesse is of Hebrew origin, and means “God exists”.

Joshua – Joshua means “God is salvation”, and it has been used for over 700 years.

Jonah – Jonah was a prophet in the Bible, and it means “dove”.

Here’s a list of rare and unique baby boy names starting with J:

Jael – Jael is the name of an ancient Israelite warrior who was considered a national hero in Israel for his successful war against the Canaanites.

Ja’Quan means “strong one” in Arabic.

Jaikarn has no meaning and is a made-up name, but it doesn’t sound like one.

Jarrod means “to draw water from the well” in Hebrew.

Javion means “Jove’s child” in Latin, which was the Roman god Jupiter’s offspring.

Jaheim means “one who is strong” in the Germanic language of old Teutonic tribes that lived on the continent before modern-day Germany.

Josias means “God will save” in Hebrew.

Jalik comes from the word ‘jalak’ which means “ruler” in Sanskrit, an ancient language of India.

Being a parent is tough work. It’s not easy to find the right name for your baby boy that will grow into manhood, but we hope this list of unique names starting with J helped you out some! We know that once you’ve found the perfect fit it can be difficult to decide on which middle name or last name goes best with it. Luckily, our blog has plenty more resources for expecting moms and parents alike so don’t hesitate to check back often so you’re always up-to-date on all things parenting-related.