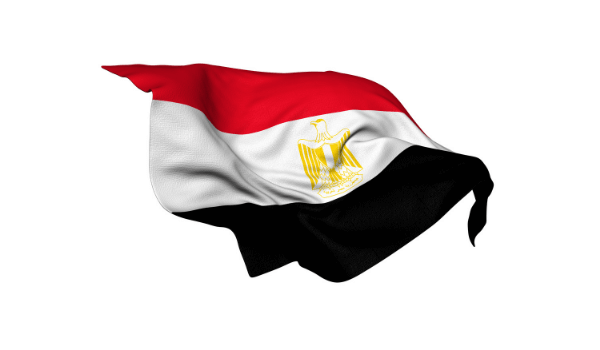 Egyptian last names are derived from a person’s father and grandfather. There is no family surname, and each man in the household takes on the name of his father as his own. For this reason, it can be difficult to trace ancestry back more than two generations because many men have the same first name even though they may not share any other similarities.

In Egypt, naming conventions were established by Napoleon Bonaparte during his brief occupation of Egypt during 1798-1801 CE. The French government required all Egyptians to adopt surnames so that records could be kept straightened out and taxes collected with ease. Men adopted their father’s or grandfather’s first name as their family surname while women took theirs from their mother’s maiden name.

Common and popular Egyptian surnames and their meaning

Mohammed (Arabic origin) means “praise-worthiness” or “laudability”. It is the most popular Egyptian surname.

Omar (Arabic origin), a name of Arabic origins, its etymological meaning is to “collect”, it is used in remembrance of the Islamic prophet, Omar. The Egyptian form is OMAR.

Osama, a variant transcription for the Egyptian name Ossama which itself comes from Usama’s Egyptian form Oussama, originates from the Arabic word ‘oussa’ that means lion.

Hussein. Etymologically, it comes from the Egyptian word ‘hes’ that means “burst”, and another word has come to its mean which is Egyptian for Hussein.

Naglaa (Arabic origin). The etymology of Nagila comes from an Arabic word that etymologically means “to wear” or ” adornment “.

Ali (Arabic origin), variation transcription for Alaa or Elaa. Etymologically, Ali means “elevated, high.” This name was given to one of the Prophet’s companions by Muhammad himself.

Yasser (Arabic origin), etymology: Yassara: He who praises God. The Egyptian form is YASSER or YUSSUR.

Arafat, a transcription of the Arabic name Arafatt meaning “one who sweats; one who has reached nirvana.”

Husni, Egyptian form is HUSNI or HUSNY. Etymologically, it comes from the Egyptian word ‘hass’ which means “good taste”.

Saffet, a transcription of the Arabic name Safet means “one who is safe”. One Egyptian form is SAFET. etymology: Safa – Purity .

Shafik (Arabic origin), can also be spelled Shafeeq or Shafique, etymologically, it comes from the Arabic word which etymologically means “one in whom safety may be found” or “capable”.

Ibrahim (Arabic origin), etymology: Ibrahamaa: father of a multitude. The Egyptian form is IBRAHIM or IBRAAHIM.

Sobhy / Sobhi (Aramaic origin) can also be spelled as Sobhe or Subhi. Etymologically, it comes from the Arabic word meaning “one who prays facing Jerusalem “. Egyptian form is SOBHY. etymology: Subh – Morning.

Ahmed (Arabic origin), etymologically, comes from the Arabic word meaning “praiseworthy” or “one who constantly thanks God “. Egyptian form is AHMED. etymology: Ahad – One of a kind .

Sultan etymologically, comes from the Egyptian words ‘sal’ that means “good”, and ‘Taan’ that means “count” or “reckon”.

It means “receives help from God”. According to the Bible, it was the main source i.e. the earth from which God designed humans.

It means “AMUN is in front”. The surname belongs to the 12th dynasty of ancient Egypt, whose reign is considered as the golden age of the Middle Kingdom of Egypt.

It means “the god ANU is a brother”. There is no Egyptian etymology for this surname. According to the Bible, he was a High Priest of Ancient Egypt who served during the reigns of Tuthmosis III and Amenhotep II, around 1450 BC.

It means “my father EL”. Egyptian last name from Egypt’s 20th dynasty whose second ruler was Ramses I. Its very likely that it comes from the Egyptian word ‘aper’ which means “worker”. In the Amarna letters, Aper-El is also mentioned as an Egyptian official in Canaan/Syria.

It means “he who is of service to Aton”. Egyptian last name that belongs to King Amenhotep IV, the Egyptian pharaoh during the 18th dynasty whose family ruled over Egypt for about 150 years. Amenhotep IV was not actually his birth name but he changed it later on in life after he had come to power.

It means “AMEN is satisfied”. Egyptian last name belonging to a very important Egypt official during the 19th dynasty of ancient Egypt’s New Kingdom period. According to many Egyptologists, this man would have served as the vizier under three consecutive kings: Ramesses I, Seti I, and Ramesses II. His Egyptian tomb was the object of several egyptologists who wanted to know more about him and his life as an Egyptian official.

It means “the god AKHET is satisfied”. Egyptian last name belonging to a very important Egypt official during the 12th dynasty of ancient Egypt’s Middle Kingdom period, whose echelons spanned almost 150 years (2045 BC-1788 BC). He held such high posts as High Priest of Min at Akhmin; High priest of Ptah at Memphis; Governor of Sais; Count; Door Keeper Of The Cattle Of Amun; Vizier; Sole companion; Chief lector priest. He was the son of a dignitary called Sobekhotep and his mother was a noblewoman called Senebsen.

It means “the god KHNUM is happy”. The name belonged to an Egyptian official who served during Egypt’s 12th dynasty whose echelons spanned almost 150 years (2045 BC-1788 BC).

It means “the god NEB is alive”. Name belonging to the 3rd Prophet of Amun during the 18th dynasty Egyptian pharaoh Amenhotep III, who ascended to the throne in 1390 BC.

It means “the power of MIN is great”. Egyptian last name belonging to an Egyptian official from Egypt’s 18th dynasty whose echelons spanned almost 150 years (1550 BC-1292 BC).

It means “the god RA is satisfied”. The name belonged to an Egyptian official during the 4th Dynasty- Old Kingdom period, whose echelons sp over 200 years (2613 BC-2494 BC).